Sometimes referred to as Mt. Athos ( the “Holy Mountain”), the name of the 2033m mountain close to the southern tip of the peninsula, has had the status of an autonomous state for over 1,000 years. Famous for its ancient monasteries, the first of which was built in 963 by St. Athanasios, Athos is the most difficult section of Halkidiki to visit. All females, including female animals, are forbidden to pass beyond Ouranopolis into the monks’ territory. Men who wish to visit must apply for a permit up to 6 months in advance, allowing them to visit no longer than 4 days. Up to 120 permits for Greek men and 10 for foreigners are issued daily. Till now, 1.700 monks still live under strict rules on the Holy Mountain, with no woman ever being allowed to set foot there. The cruise will begin in Ormos Panagias, a very small village. Once you pass Sithonia, you will reach the peninsular Athos. Cruising along the west coast, you have the opportunity to view and photograph Europe’s most unique Monks’ republic with its impressive Byzantine Monasteries. Now you can enjoy the picturesque village Ouranopolis. You have to see this independent state in the midst of Greece. 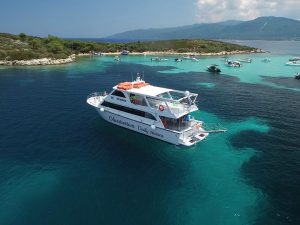 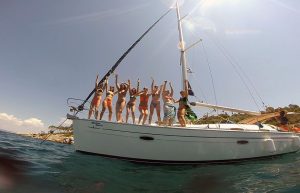 E-mail:
[email protected]
We use cookies to ensure that we give you the best experience on our website. If you continue to use this site we will assume that you are happy with it.OkPrivacy policy