In Halkidiki, there are ruins of early Christian churches. Christianity was first introduced in 50AD, when the Apostle Paul passed through Apollonia on his way from Philippi to Thessaloniki. Moreover, during the reign of Theodosius I, Christianity was proclaimed as the official state religion and after the foundation of Mount Athos monastic community, Halkidiki became the most important religious center for Orthodox pilgrims, while a lot of monasteries were founded during Byzantine era. Most of the monasteries outside Athos peninsula though, were under the supervision of Mount Athos’s monks.

In the village of Nea Fokea stands what is perhaps the best preserved of all the towers in Halkidiki. The Tower in Nea Fokea, also known as St. Paul’s Tower holds a dominant position on the hill at the right side of N. Fokea’s port. It’s 17m high and it’s an old Byzantine fortress that is likely to have been built in 1407, and partially destroyed by fire in 1821. Its purpose was the protection of farmers working in the “metochi” of St Paul’s Monastery. The tower was also the cave where the Apostle Paul hid from his persecutors and moreover the headquarters of Greek revolutionary Emmanouil Papas, during the Greek War of Independence.
The Tower of Stavronikitas, also known as Tower of Sani dates from 1543 and was built to protect the “metochi” (dependency) of the Stavronikita Monastery. The tower is in an excellent state of repair; it is 8 metres high, but the archaeologists believe that an upper floor is missing, and the original tower was much taller. It is assumed that the tower must have been built at the Acropolis of ancient Sani, a city flourished until the Roman Empire. Others believe that the tower was used in the past as an observation post, where local people used to watch for approaching pirates. Set on a low hill, which forms a natural amphitheatre, the Tower provides the backdrop for the famous Sani festival.

One of the most beautiful chapels is that of Panagia Faneromeni in N. Skioni, the story of which is really interesting. According to the local tradition of the 16th century, one of the villagers saw a light coming from the sea and approaching the coast. He thought that they were pirates so he ran into the village to alert his fellow villagers. In the morning, when the light reached the shore, they saw that it was a large piece of marble, with Virgin Mary painted on it, floating on the sea surface. The villagers were impressed by the miracle and asked the Turkish Bey of the area to allow them to build a chapel to house the picture. The Bey refused, and as it is said, he threw the picture down and began to trample it. The image suddenly became soft as clay and trapped Bey’s feet, not letting him escape. After regretting his actions, the Bey apologized to the villagers and he finally gave his permission to build this chapel. Nowadays, it’s a popular location for orthodox weddings due to its magnificent location.

A monastery that attracts the pilgrims of Christianty is the one of Saint John the Russian which is located in the great region of Pefkohori. It is on the road to Nea Skioni, on the mountainous side of Kassandra, Halkidiki, Greece. There, in a secluded area, full of trees, you ‘ll have the chance to enjoy the silence, meditate and be part of the devout atmosphere. Religion enthusiasts and meditation lovers will get to know some things about the life of the monks and the history of the abbey. In Saint John the Russian monastery, a part of the relique of Saint John is kept. The whole imperishable holy relique of Saint John’s body is kept in the church of Saint John the Russian, in Prokopi of Evia Greece. Saint John was born in about 1960, in the area of today’s Ukraine, and his parents were Christians. He took part in the Russian-Turkish war and was sold as a slave to a Turkish army officer. The Saint lived in the officer’s stable with the animals and he walked barefoot. He worshiped God and wanted to offer his help to the people. After his death, it was found that his body remained intact and imperishable. Saint John the Russian is believed to have performed many miracles during his lifetime and after his death as well.

The region of Kassandra and Halkidiki in general has many more churches and chapels to be explored as well as Byzantine Monuments. In the front desk departments of Flegra Collection, our agents shall provide you with the information you need to discover our paradisiacal Halkidiki. 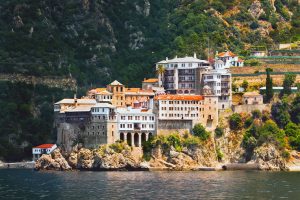 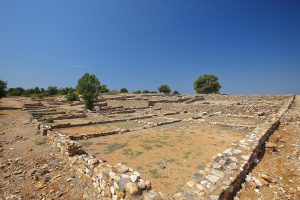